I want to suggest that we, in America, adopt a novel new idea that men are equal, free, and endowed with certain unalienable rights by God Himself.  I suggest that we determine that government is responsible and accountable to the governed not vice versa.  What a Novel New Idea!  Wait, it is not new at all but is the core belief stated in the Declaration of Independence and provided the foundation for our Constitution in America.  It found expression in 1776 in the Declaration of Independence and should still resonate today to all freedom loving people regardless of political affiliation.

In the Declaration of Independence we read these words:

“We hold these truths to be self-evident, that all men are created equal, that they are endowed by their Creator with certain unalienable rights that among those are life, liberty, and the pursuit of happiness.  That to secure those rights, governments are instituted among men, deriving their just powers from the consent of the governed. That whenever any form of government becomes destructive of these ends, it is the right of the people to alter or abolish it and to institute new government, laying its foundation on such principles and organizing its powers in such form as to them shall seem most likely to affect their safety and happiness.”

The unalienable rights are not solely ‘life, liberty,’ and the ‘pursuit of happiness’ they are INCLUDED.  Government’s function is to SECURE those rights not take them away, usurp them, abuse them, or abolish them.  Government IS NOT to command and dictate to the people in tyrannical micromanagement but to always recognize and operate in such a manner as to acknowledge that their power and authority is ONLY that given by WE THE PEOPLE.  Government MUST always be made to realize we not they own the government and should it overstep its bounds and become something other than that declared in the Declaration of Independence, Constitution, and Bill of Rights we can, should, and will resist, alter and/or abolish it and form new government established on those principles and ideals.  It is WE not some oligarchical aristocracy that owns the government.  It is time we and they understand this and have it communicated to them in no uncertain terms.

We can excuse our inaction and in our silence give implied consent to the lawlessness of an overreaching federal government.  It is only as concerned citizens become involved and informed that the Constitutional Republican form of Government works.  When we grow silent and complacent an oligarchy forms which evolves into a tyrannical dictatorship as history has witnessed in various regions of the world.  If Freedom is precious to us we must return to that Novel New Idea that was neither novel nor new but has its roots back to Adam and Eve in the Garden of Eden.  God not man makes us Free!  God not man gives us the right to ‘life, liberty, and the pursuit of happiness.’  How much is Freedom worth to you?

I challenge you to become involved and use a cliché – REMEMBER NOVEMBER!  America needs you!  God bless you and God bless America! 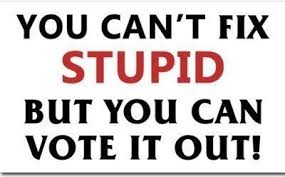