The American people, the Republic, the Constitution and the Courts all suffer almost irreparable damage.  The current occupant of the White House has long demonstrated a propensity for vindictiveness, retribution and revenge.  He apparently has such thin skin and fragile ego that any criticism is deemed a mortal sin and therefore must be eradicated.  He has demonstrated a total disregard for the constitution, congress and the courts while claiming a mandate from the people but ignoring their actions both at the voting booths and in surveys indicating their disapproval.  It is inconsequential to him and another reason I am 100% certain that he is a pathological narcissist incapable of grasping any reality than that manufactured in his mind.

When a president becomes paranoid and views all opposition as a mortal enemy as Richard Nixon and now Barack Obama everything about and in our system suffers and the most suffering is by WE THE PEOPLE.  When the Executive Officer of the nation goes rogue dismantling the constitution and imposing his will and ideology upon the courts, congress and the populace it is rightly identified as tyranny.  This type of usurping of the separation of powers as established by the Constitution of these United States is not just a bad practice it is possibly more dangerous than foreign enemies.  The framers of the American constitution envisioned a Republic wherein this would not be allowed by the other branches of government.  They did not envision a congress so weak-willed and timid they would give only token opposition and cower in fear at the threats of the Executive Branch.  They never envisioned a court that would virtually rubber stamp or side-step the issue of overreach by the Executive Branch.  They truly believed that each division of the tripartite we call government would rigorously defend its powers and resist at all cost usurpation of those powers.  That is not happening with the current leadership in the House or Senate leaving the constitution in shambles and WE THE PEOPLE gasping to breathe the air of Liberty.

The dangerous, unconstitutional and illegal use of various agencies under the auspices of the Executive Branch contravenes everything the founders sought to guarantee.  The total partisanship exhibited by Congress on almost everything done by this administration renders Congress impotent and inept in its constitutional duties and responsibilities toward WE THE PEOPLE whom they are supposed to be representing and serving.  The reality is they do not envision or understand their responsibilities as being our representatives but rather our rulers.  They do not embrace the idea of being a public servant but an intelligentsia who know best and complete liberty to disregard our wishes.  It would seem that the White House, Congress and often the Courts deem us as ‘ignorant’ and ‘unlearned’ when it comes to politics and governance.  We have been told more than once that because we are not privy to the inside information they have we could not possibly know what is best for us or the nation.  I find that repugnant.

We are standing on the precipice between liberty and tyranny; freedom and bondage and MUST stand together or we fall separately.  We must ultimately realize that we have arrived a one of those places men such as Thomas Jefferson, Thomas Paine, James Madison, John Adams and others warned could come.  Madison said, “All men having power ought to be distrusted to a certain degree.”  John Adams declared, “Power always thinks…that it is doing God’s service when it is violating all His laws.”  Jefferson warned, “Experience has shown, that even under the best forms of government those entrusted with power have, in time, and by slow operations, perverted it into tyranny.”  George Washington astutely declared, “It will be found an unjust and unwise jealousy to deprive a man of his natural liberty upon the supposition he may abuse it.”  They understood what WE THE PEOPLE seem to have forgotten that we MUST be the true overseers of government rather than been overseen by it as pawns in a global or national chess match.

When a President becomes vindictive, retaliatory, and vengeful seeking retribution upon those he deems political and ideological enemies he has vacated all reasonable justification for being in that position.  Sadly, the populace has demonstrated a willingness to be sheep led to the slaughter and a blindness to the constitutional dangers bringing us to the position and condition we find ourselves in America.  I have concluded that while we dare not give up the fight that without divine intervention by Jehovah God Himself we have been silent and blind too long.  Therefore, my efforts will continue but become secondary to my desire and willingness to intercede for my nation. 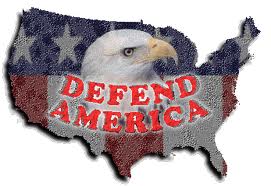