I had a fellow Christian ask, “Why do you hate Barack Obama so much?”  They were serious and I did not immediately dismiss the question but carefully examined my heart and weighed my response.  It is a serious allegation and one that I do not take lightly.  I refused to allow myself to become offended by the charge or question but rather to honestly examine my heart and answer the question.

I can honestly say that I DO NOT HATE the man Barack Obama.  I detest his policies, actions, ideology, politics and destructive actions toward America, our Freedom and the Constitution.  That I readily confess but I do not hate the individual.  I suspect that the driving force behind his actions goes beyond ideology and is spiritual in nature although not Christian.

It has been my observation over my few decades of existence on planet earth that a bully can only push so long before those being pushed push back.  I am concerned that this is the objective to push until some push back and open the door for a far more extensive use of Executive Orders to quell any civil disturbance that might ensue.  Over the past six years while in the White House he has repeatedly fanned the flames of division, hatred, racial discord, and anti-American sentiment.  He has taken actions that are certainly extra-constitutional if not outright unconstitutional, ignored the courts, congress and the voters.  He has exhibited all the characteristics of a tyrannical dictator who truly believes it is his destiny and right to RULE not govern but rule.

He has recently taken steps to grant amnesty to millions of illegals and now the mandate to all government personnel under his administration to cease calling ILLEGALS illegal and call them “Americans in Waiting.”  WHAT?  Before anyone tries to chastise me and declare that those from the other side of both borders are Americans (North Americans) might I suggest that neither, the Canadians or Mexicans consider themselves Americans but Canadians or Mexicans!  No one saying, American is thinking the generic North American but United States citizens.  So please do not approach the argument from the technicality of North America including Mexico, Canada and the U.S.A.  These ILLEGALS are not “Americans in Waiting” they are ILLEGALS and should be treated as such.  Mr. Obama has decreed that there will be ‘consequences’ for any ICE or government enforcement person who does not carry out his ILLEGAL Executive Order and carefully protect those ILLEGALS.

He proposed Executive Order to enact back door ‘gun control’ by targeting .5.56 M885 (.223) ammunition used by more than the AR15 rifle. He and they are calling it ‘armor piercing’ ammunition allowing sweeping classification and justifications to eliminate the ammunition rendering the rifles that use it useless.  He knows he cannot get Congress or the Court to give him legislation to ‘ban guns’ but since he has issued illegal order after illegal order with impunity why not take the next step?  Will his actions and that of the ATF be effective?  Although they have backed of briefly does not mean they have vacated the idea or plan.  I do not know with Congress being so weak-willed but I do not think Mr. Obama believes that millions of Americans will passively submit to the confiscation of our firearms and knows that there will likely be some type of confrontation sooner or later.  Is he trying to drive us to a civil war or something akin to the American Revolution?  I hope not but suspect that is exactly what he wants.  He has lived as Emperor for six years and those throughout the world he most admires are tyrants, dictators, despots and iron fisted rulers.

The FCC under his direction and influence have moved forward to allow and enable the federal government to control the internet which will destroy freedom of the press and speech via that medium.  The Treasury will not explain a decision to make $3 Billion in Obamacare payments to the House Ways and Means Committee.  Where is all this leading?  If the direction continues there will be a push back from Americans.  Will the black community wake up and realize that he does not have their backs or will the seeds of hatred and bias prevent millions for awakening?  Will the Hispanics wake up and realize that they are nothing more than pawns that he and the leftist are using to dominate, control and rule?  If they along with the millions of so-called moderates and independents realize the game being played and the stakes America will see another revolt against a government gone rogue.  I AM NOT CALLING FOR WAR OR VIOLENCE.  I DO NOT WANT IT.  I am concerned that the Executive bullying will push America into a place where our police and military have to make difficult choices with regard to our Republic and Citizens. 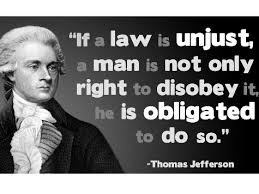 We are living in some incredibly perilous and dangerous times and I will continue to pray for the souls of the individuals.  I will also work to expose their tactics, strategies and plans.  I love my God, my family, my freedom and my country and pray that Congress do their jobs, the courts do their jobs, the police and military do the right thing and America awakens from out of slumber.  If the sleeping giant of the multitudes ever awaken we will see a restored America but if they do not we are witnessing the demise of America as described in our Constitution and Bill of Rights.