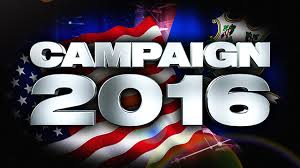 I have been accused of being an alarmist, conspiracy theorist, gloom and doom prophet, pessimist, negative and worse but after careful examination of current reality and historic trends as well as much prayer and reflection I have concluded that we possibly have ONE LAST CHANCE in America to salvage any semblance of our Constitutional Republic.  I truly wish I did not see things this way and could view America and the world through the rose colored glasses of Utopianism but I cannot.

We have endured seven years of government run amok, blatant disregard for the Constitution, the Separation of Powers Clause and the systematic dismantling of our national sovereignty, military, economy, healthcare industry, weakening our military and alienating our allies in many parts of the world.  We have witnessed various government agencies as well as the courts used to tamper with our constitutional liberties, the increased regulation of our lives in an unconstitutional manner, the disregard for the 10th amendment and more.  Our Republic is in danger of ceasing to exist and now we are in a crucial Presidential Election Cycle.  What is at stake and what will the result be?  Time and the mindset of the American people will determine that.  God allowed Israel to have a king and warned them of the dire result from that decision and I am convinced that God will allow and has allowed America to make her bed in which she now lies.  He will help if we return to Him but whether that happens remains to be seen.

In the pursuit of the office of President of these United States compose incredible diversity, some good and some incredibly dangerous.  The way we decided who we will support is often puzzling to me.  Do we choose Donald Trump because he is outspoken, unafraid and action oriented?  Are we truly examining his record and history on issues?  Is what we need someone who shoots from the hip or someone more diplomatic?  That is a question each will have to answer.  I have heard negative opinions of Ted Cruz ranging from “He scares me” to “I don’t like his arrogance or appearance.”  Those same people like Donald Trump because of his arrogance and ignore his appearance.  I find something in that a bit confusing.  I am not endorsing anyone at this juncture just expressing what I see.  Ted Cruz, has been a consistent conservative, is highly intelligent and has demonstrated a Trump-like boldness in standing against the system and establishment.  Then we have Ben Carson, a soft spoken, highly educated and intelligent retired neurosurgeon with some views that appeal to me and some I wonder about.  That is true with virtually every candidate.  Would Dr. Carson be viewed as weak because of his soft spoken demeanor or would he speak softly and carry a big stick?  I do not know.  Jeb Bush is clearly the Establishment choice but not the vast majority’s choice.  He says some things that I could support and others that are foreign to my view of government.  Marco Rubio is probably the second choice of the Establishment and his participation in the Gang of Eight’s Amnesty Plan is major to me.  Does he identify with the common man more than most of the rest?  Possibly because he is not wealthy as most all the others are but is he the best man to salvage the Republic?  Carly Fiorina, Mike Huckabee, Chris Christie, Rand Paul, and the others have positive points and negatives.  Most of them are so far back in the race it is highly unlikely they will gain enough ground to win the nomination.

I would love to be able to incorporate some of each candidate into an ideal candidate but that is not possible so we must select one to represent us against Hillary Clinton or whomever the Democrats select.  We are a long way from the decision being made and much and will happen between now and then.  Jeb Bush began as the front runner, Donald Trump leaped past him and now Dr. Carson has enjoyed his time in the front in some polls.  Who embodies more of what is needed to truly lead the Republic with regard to the Economy, National Security, Constitutional Liberties, Limited Government, Reduced Spending and cleaning up the corruption in Washington?  That is our dilemma and the reason I have not endorsed any candidate at this juncture.  I am still evaluating, weight pros against cons and earnestly praying.  I want America to pick the best possible candidate and I believe that is your heart as well.

Facing us are not small.  We need to have honest assessment of the economy, healthcare, national security, terrorism, borders, governmental agency abuses, the federal deficit and spending and the constitution.  We need to honestly evaluate the Supreme Court, IRS, EPA, and DOJ and take steps to restore the true separation of powers the constitution details.  We are in danger of global conflict that could and likely will escalate into biblical proportions if we do not act decisively, definitively and correctly.  Our military needs to be provided with what it needs to protect and defend this nation here and abroad and we need to insure there is NEVER a nationalization of our local and state police forces.  We need to insure that our Constitutional Rights are protected and the United States never gives up its sovereignty to the United Nations as this administration has done on several fronts.

I truly believe that 2016 is America’s Last Chance or Last Stand in the pursuit of Liberty, Freedom and having a Constitutional Republic.  That is why I plead continually for everyone to become involved at whatever level you can and invest yourself in the process including VOTING.  It is not a matter of the lesser of two evils it is a matter of the survival or death of the Republic.  What is your choice?  You answer that by your actions.