My title reflects how the Democrats feel as they watch the perpetual infighting in the Republican Primaries and the ever widening divide among camps.  THIS IS NOT AN ATTEMPT TO TEAR DOWN ANY CANDIDATE but a PLEA TO REALIZE WHAT WE ARE FACING!  This is how I see what is happening and likely will very possibly in Cleveland at the National Nominating Convention.  This, as was the past election, was a ready-made victory for the Republicans.  However, the varying factions from the Party Elitist to the loyalist of particular candidates have and are becoming so fractured the ominous cloud of defeat has become a real possibility, if not probability.  Just a few months ago I could not envision a scenario in which Hillary Clinton, Joe Biden or Bernie Sanders could win the White House but today, the way the situation is transpiring within the Republican Party I can see a pathway for the Democrats to finish their work of “fundamentally transforming” America and virtually destroying our nation.  That brings great sorrow to my heart and makes my blood boil.

The Chair of the GOP has stated that the nominee would be one of the candidates now in the race if there is a contested convention, which is quite possible.  The national polls, which the varying camps mostly reject, indicate that Trump will be beaten badly by Clinton, Cruz and Clinton are close, and Kasich beats Clinton in the General election.  Are the polls accurate?  Who knows, but with as many as are reporting much the same thing, they are probably fairly accurate today.  Could and will that change before November and could Donald Trump or Ted Cruz pull off a Ronald Reagan who was trailing Jimmy Carter turn this around?  Of course.  Will they?  Who knows?

There are those convinced this is a worldwide conspiracy to stop this or that candidate.  I readily acknowledge that the Party Elitist and some influential and powerful money people would stop at nothing to prevent either Trump or Cruz from being nominated.  The problem is more than simply the process.  It is in the almost cult-like devotion to candidates in which there is a willingness to hand the keys to the nation to the Democrats rather than rally behind the eventual Republican nominee.  The powers that be are completely capable of changing the rules and should the convention find itself deadlocked after a few votes, reject all three and insert a “fresh face” who would be deemed a compromise candidate who could supposedly unite the Party.  That would result in a total disintegration of the Party and whether delegates walked out of the convention or stayed MILLIONS of voters would reject that nominee.  It would be “Heads Hillary Wins, Tails Republicans Lose.”  The Party Elitist would retain power in a failed, splintered, and broken party and the Constitutional Republic would be flushed down the proverbial toilet.  WE THE PEOPLE would be the real losers and that is breaking my heart and is making me mad.  DEFEATING THE DEMOCRATS MUST BE A TOP PRIORITY IF THE REPUBLIC HAS A CHANCE OF SURVIVING!!!

I am somewhat surprised to hear Donald Trump and those deeply entrenched in his camp complain about “deals” being made in the process.  Mr. Trump is the one who is supposed to be the Ultimate Deal Maker and thus far has been outmaneuvered by others in the process.  Good or bad “deal making” is a part of the political process and Mr. Trump, apparently not sufficiently familiar with the process lagged behind but is showing signs of learning the process and it would appear will be more formidable in the days to come in the behind the scenes efforts of an open or contested convention.  I suspect it will get ugly as deals are made and accusations are hurled from all directions.  Abraham Lincoln’s ground game defeated the frontrunner William Seward and Gerald Ford bested Ronald Reagan because of “deals made” behind the scenes allowed by the process.  I do not necessarily like the process but it is what it is and will likely be one of the major reasons for the possible defeat of the GOP in November.

Should, Mr. Trump, and Senator Cruz unite the GOP establishment would be defeated and they would, in all likelihood be a team that could and would defeat the Democrats in November.  That will never happen and I am not arguing for it to happen.  Thus, “heads I win, tails you lose” becomes a much more likely scenario for the leftist.  The suggestion that John Kasich would be the heir-apparent should the deadlock present an impossible impasse and that he should choose Mr. Trump or Senator Cruz as his VP is laughable.  Neither of those men would likely accept such a deal and I doubt that their supporters would either.  A Paul Ryan or Mitt Romney might satisfy the Party Loyalist and Elitist but would alienate such a large portion of the Republican base the election would be lost before it began.

The argument that the excitement in the GOP Primaries is so large it is a virtual guarantee that Mr. Trump or Senator Cruz would easily win has some flaws, in my view.  More people voting in the primaries does not necessarily equate to more people voting in the General Election.  Apathy in the Democrat Primaries does not mean that the Democrats will stay home in November.  Counting the number of people to vote for a particular candidate in the primaries does not, in itself, mean that candidate will have an equal proportion in November.  Alienation of the Republican base by any candidate cannot be viewed as a positive and when that is coupled with energizing the base of the other party it is a disaster.

Mr. Trump and his supporters have vowed they will never endorse Senator Cruz because they have declared him an illegal candidate, a liar, a thief, a cheat, and lacking in moral character and integrity.  Senator Cruz and his supporters find it difficult if not impossible to endorse Mr. Trump because they have classified him as a tyrannical authoritarian, an egotist, a liberal secret Democrat, and a political Camelion, and advanced the “con-man” label ascribed by Marco Rubio.  The hatred, I fear, is so deep that while the candidates might be willing to form a coalition their supporters probably could or would not.  That has been my problem in the vicious personal attacks launched in this campaign, it causes damage that we will be unable to repair.  I disagree with Newt Gingrich that those supporting Trump or Cruz detest the Democrats and Hillary more than they detest the other but I don’t see that and certainly don’t hear it.  When I call attention to this divide I have been attacked by people in various Republican camps and called names.  How can we not see the reality of a house divided against itself being unable to stand? 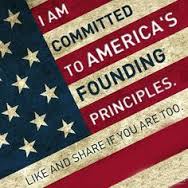 So, UNLESS we have something miraculous transpire before or by Cleveland and see a unification behind a candidate Hillary and the Democrats will crow at us saying, “Heads I win and Tails you lose.”  I am not asking that anyone abandon their candidate but focus on the issues and the real enemy, the Democrat Nominee.  Focus on America and make your case for your policies, agenda and political convictions.  I personally, do not need to hear denigration of the opponents, I need to hear SPECIFICS of WHAT YOU OFFER.  I stand committed to the Republic and cannot sit silently and watch us self-destruct and thereby destroy any hope of preserving the Constitutional Republic.  In my view, The Republic is more important than my personal preferences.  My focus is defeating the Democrats as I stand firm for FAITH, FAMILY, and FREEDOM!