I have contended for a long time that liberals have and are a religion of their own.  They worship their ideas and ideals and are as intolerant as the Islamists when anyone disagrees.  The difference, for the most part, is they don’t literally behead people for not bowing at their altar they do so in other ways including an attempt to totally silence, censor, and destroy the dissenters emotionally and financially.  When I read Ann Coulter’s statement in her book, “Godless”, published in 2006, “If a Martian landed in America and set out to determine the nation’s official state religion, he would conclude it is Liberalism, while Christianity and Judaism are prohibited by law.”  Her argument and mine are that Liberalism is truly the state-sanctioned religion and it is a godless one.

I believe that America has evolved even further in just ten years since Coulter’s assertion to a condition where Liberalism is not simply the state-sanctioned religion but the state-mandated religion in many respects.  In a very real sense, Christianity is becoming illegal via the actions and edicts of the federal government and federal courts.  Yes, I know we are not, for the most part, carted off to jail for practicing our Christian religion but we are assaulted when our practice runs afoul of the desired mandate of Liberalism.  Do I really need to cite the recent examples where people are literally put out of business for standing by their biblical convictions? 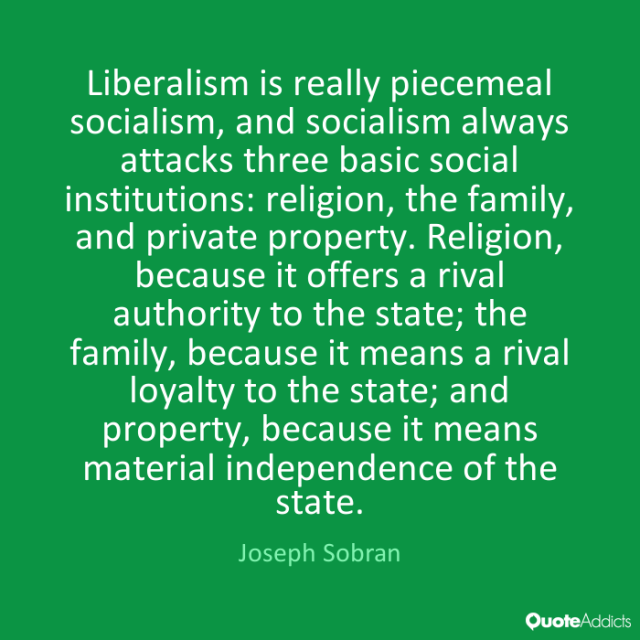 Liberalism, as a philosophy, would argue that it is not, in fact, a religion but it sure has the characteristics of one.  Coulter went further and declared that the Church of Liberalism’s sacraments includes abortion, its clergy is largely the public school system and teachers, and its churches are none other than government schools where prayer is banned and condoms are free.  Can I ask, if anyone truly thinks that handing out condoms to hormone raging young boys while steering them away from God, prayer, and moral convictions is a good idea?  In fact, recent studies conducted by the government after years of free condoms has discovered that instead of a reduction in teen pregnancy and STD’S in teens there has been an increase.  So much for the Church of Liberalisms insistence that we ban God and invite promiscuity.  How has that worked out for us?

You dare not oppose their agenda or the agenda of the LGBT lest you face the political and financial firing squad.  You will likely become a target of the IRS among other federal agencies and find life most difficult or increasingly more difficult.  Liberals demand tolerance but they are among the most intolerant people on the planet.  Their push has been further and further away from moral principles as declared in the Bible as they press their godless agendas.  In fact, this president has encouraged the indoctrination of our youth encouraging them as did Hitler’s youth to be spies and report, even their parents if they violate the Liberal Mantra and Mandates.  I do believe the Bible spoke to that in Matthew 10:36, “…a man’s enemies will be those of his own household.”  Argue the context all you desire but we are living in a time when brother is turning against brother as is described in verse 21 of that same chapter. 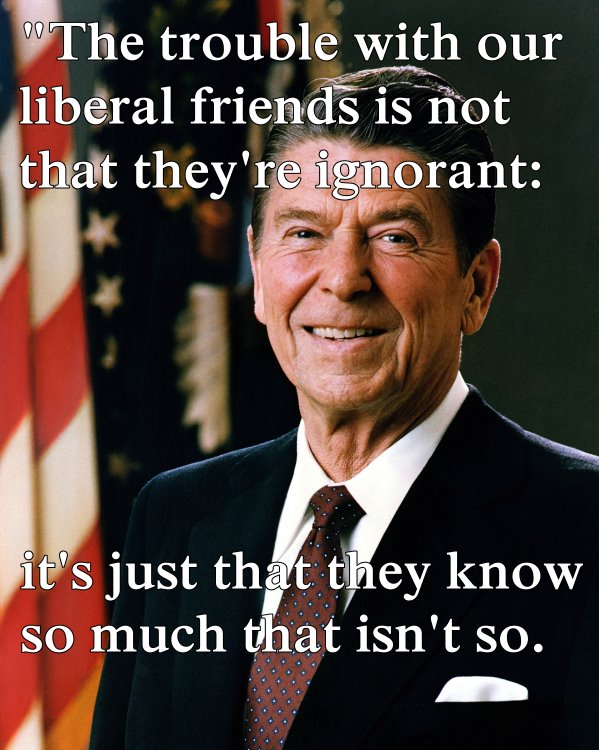 When you find Federal Judges ruling that parents are not allowed to opt out of LGBT indoctrination for their preschool children we have a serious problem.  The Bible places the onus of parenting on parents, not the community or government.  We have the declaration of this administration’s Department of Justice that they would aggressively prosecute anyone speaking ill of Islam but no mention of doing the same for anyone attempting to defame Christianity or the Bible.  We know the scandals including the use of the IRS to target any and all supposed conservative groups in an attempt to silence any opposing message to that of Liberalism.  The current state of the Democrat Party is that it should be called the Church of Liberalism rather than Democratic.  The religion of the non-religious is visible and becoming more and bolder as time marches on. 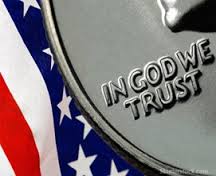 I am totally convinced that were Hillary Clinton to be elected the next President of these United States of America the push of Liberalism for Total Control of our Lives will escalate exponentially.  Many, in America, are so beaten down by liberalism they have surrendered and are now willing to bow at the Altar of Liberalism.  Liberalism blames those of us who are God-fearing, Bible-believing, and Constitutional Originalist as the enemy and people to be silenced at all costs.  We are seeing and will see ever increasing persecuting and discrimination against anyone unwilling to bow at the Altar of Liberalism in the days to come regardless of who is President but it will ten times worse if Hillary Clinton wins the election.  Therefore, in my desire to see America restored to our founding principles and return to being the Constitutional Republic I can only take my stance as a NEVER HILLARY advocate.  I personally am unwilling to bow at the Altar of the Church of Liberalism, Islam or any religion not rooted in God’s Word, the Bible.  I will continue to stand for FAITH, FAMILY, and Freedom!