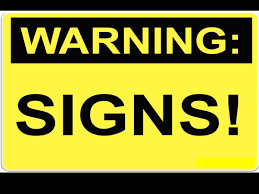 I have been warning for several years that there is an economic bubble about to burst or likely to happen.  I keep praying that it will not happen but all that I see and what I hear in my heart of hearts says we are sitting precariously on a house of cards.  I told several friends during the primaries that should the Republicans win the White House the economic calamity created by Barack Obama and the Democrats will likely crumble and the Republicans will be blamed.  If President Trump is successful in turning our economy around the Democrats and Barack Obama will claim it was the result of the Obama policies.  If the economy collapses they will blame President Trump and the Republicans.  Facts will not be considered but the MSM will report it as factual documented truth and Obama will be absolved of blame or given credit unjustly.

Regardless of who gets credit or blame my warning is to average American citizens, many who are struggling to make ends meet and survive.  The deficit spending, bad economic policies, the Federal Reserve and much more has been playing Russian Roulette with our economy and the hammer is about to land on a live round in the chamber and the result is going to be ugly.  I said two years ago, that I felt that within 24-48 months from that time there would be a dire economic situation that would be far worse than the most recent recession we endured where many lost one-half or more of their savings and nest egg.

The Federal Government operates under an economic model that would produce failure in any business.  The Keynesian economic model, the insane spending, the incredible deficit, the Federal Reserve, and the politicians are the problem.  However, they are not the ones who are going to suffer, WE ARE.  There are many factors involved in the potential economic calamity and because they are many and varied we may not be able to avoid the coming disaster.  You cannot spend your way out of debt.  Yes, you must spend money to make money but you cannot use credit cards leaving unpaid balances each month to achieve economic success.  That is a recipe for disaster and that is basically what the Federal Government has been doing for generations.  During the past 8 years, we have witnessed the doubling of our national debt and the prospects of it growing even larger are very real and frightening. 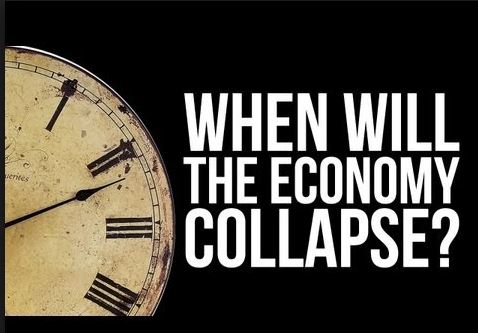 The U.S. Dollar is skating on thin ice in the global world of finance and should our dollar collapse we would be in a crisis economically as a nation.  I am very concerned that massive inflation is looming on the horizon and the way the Fed is printing money there is a real danger of a massive global sell-off where foreign investment rejects our currency.  President Trump will be blamed regardless of any involvement his policies may or may not have affected the situation.  He will be the convenient scapegoat to absolve Barack Obama and the Left of the blame.  I have seen reports from some financial wizards suggesting that unlike the last crisis, where the Fed flooded the planet with freshly printed fiat dollars, this time the moneyed powers will withhold their investments and banks will go under.  What happens if the banks are unable to deliver physical gold, we encounter a war of global proportions, face natural disasters that completely crush regions of the country or world or have a major cyber-financial attack?  What happens if there is an EMP that shuts down our electronic grid?  I encourage everyone to diversify as much as possible and add physical assets to their portfolio.  You may find the need to barter in the future.

I am convinced that the globalist, world money powers, and political ideologues on the left have been setting the stage to blame those on the right and at the forefront of that will be Donald Trump.  Like George W. Bush he will be blamed for everything and credited with nothing praiseworthy.  The Big Government types such as Larry Summers, former Treasury Secretary along with countless other CFR members are laying the foundation to BLAME TRUMP.  What is their objective?  An economic collapse would help facilitate their ultimate objective, taking down our capitalist system and advancing a global currency run by the IMF and the establishment of a totalitarian system of Global Governance.  People rendered destitute from a massive financial collapse would be more open to their agenda as a cure-all for the ills of those suffering.  This has happened before.  The coming collapse, if it happens, and I believe it will, is designed to advance a World Government.  I suggest you check into reports that billionaires and members of the elite globalist community are hedging their bets now in preparation for this collapse.  They are buying bunkers and massive tracts of land from the Midwest to New Zealand and around the world.   We need to educate the masses, sound the alarm so that we prepare and are not caught unaware and fight for limited government based strictly on our Constitution.  I am not convinced we have enough time to do it to stave off the collapse but if we hope to survive WE MUST, drain the swamp and preserve the Constitution, return to Limited Government, and stop the runaway train of insane spending.  IT WILL BE AUSTERE TIMES.  Do we have the heart or fortitude to do it?  In a very real sense, it is another 1776 we are facing.