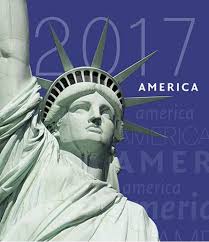 I am not attempting to be detailed in my comments but a few observations about things that encouraged me raised questions and troubled me.  Those are applicable to what was said, how it was said as well as the reactions during and after the speech by politicians and pundits.  I’m sure that the president calling this a “New Chapter of American Greatness” did not and will not set well with the detractors but isn’t that what we all hope for?  Do we not all want a return to American Greatness nationally?  I realize that some want and wanted the ‘fundamental transformation’ proposed by President Obama and consider America so immoral and vile that returning to our founding principles is undesirable.  I realize that some refuse to acknowledge the chaos and destruction of the past 8 plus years and therefore see no reason for his statement.  I acknowledge that there are those who are so ‘Anti-Trump’ that anything he says will be like fingernails on a chalkboard to them.  It is my desire and hope, that America, the land that I love, will return to her status as the Constitutional Republic the Framers and Founders produced returning oversight to WE THE PEOPLE.

Of the many things that President Trump addressed was the “imploding Obamacare disaster” and even some Democrats have been forced to acknowledge that it is not working.   He mentioned a number of things regarding the ‘repeal and replace’ objective, some that I heartily endorse and some that left me with additional questions and concerns.  Sadly, I am convinced that the idea that ‘healthcare’ or ‘health insurance’ is somehow a constitutional right has so permeated the thinking of society and Washington that we are going to be stuck with some form of national health insurance.  Ultimately, that will do damage to our republic and allow the government a greater influence in and control of our lives.  Before you question my compassion, I do want everyone to have access to affordable healthcare and the best healthcare possible.  I just do not believe that it is in the best interest of the Republic for the Government to pay for it or determine what care we can have.  I like the idea of health savings accounts and the ability to purchase insurance across state lines which could and should produce competition and a lowering of prices.  There is no ‘magic button’ or ‘magic pill’ that we can press or take that will fix the issues on this front.  We can’t press some plastic reset button, as did Hillary with Russia that caused a collective sigh from the world and expect any real result.  This is a deeply complicated issue that will have no easy fix.  I am troubled by the Republicans having squandered the past six years without truly formulating an alternative plan and to expect them to suddenly produce one is not realistic.  I’m sure some of them have been working on this but with the brainpower pool that is available, surely, we can find a method that gets government out of our doctor’s offices and allows individuals and States to handle the healthcare needs of citizens.  The more the federal government is involved the more potential liberty we lose, the higher the cost and the less efficient things become.

President Trump spoke about many things including tax reform, jumpstarting the economy, national security, border security, infrastructure, and education.  I was a bit surprised when I heard him say that education was the ‘civil rights issue of our time.’  I will have to think that through a bit more and would like more clarification as to exactly what he means.  I think from his statement regarding ‘school choice’ and things of that nature he was referring to the reality that we are failing our citizens especially those in underprivileged neighborhoods who are locked into underperforming schools.  I think he means that we need to return the ability to determine education to the States and Local Communities but if we attempt to ‘fix education’ through the federal bureaucracy we will expand and complicate the problem not fix it.  I am very Pro-Education but do not believe that this is a federal issue but one that should be determined by States, local communities, and parents.  When, our public schools are indoctrination factories for the leftist ideology where an elementary class in Texas would have students saying, “I don’t like Trump because he is going to build a wall” I am disturbed.  Those minds are so vulnerable and such fertile ground for the leftist ideology to be presented knowing they have not background or capacity to grasp the complexity of the problem.  To insist that if we are truly American and compassionate we will OPEN OUR BORDERS to anyone and everyone is not just ill-advised it is dangerous and will destroy the republic.

The President energized many of the Republicans in Congress but the Democrats largely sat on their hands when they should have been applauding and standing in support of ideas and ideals that are Pro-America.  I do not mind the opposition party opposing but if we are Americans and love America it must be placed above political party and the best good of America and Americans must produce a willingness to work for common ground solutions to our national problems.  Border security is not just a good idea it is imperative if we are to keep America a sovereign nation and keep America safe.  Infrastructure is important but massive spending is a dangerous path.  Tax reform is needed, reduction in stifling regulations required if we are to see the kind of job growth needed to kick-start this economy that has been driven into nothingness over the past eight years.

The Democrat response by former Kentucky Governor Steve Beshear was supposed to be the response of the Left regarding the speech but it was little more than rehashing the Democrat Talking Points and bringing up things that had nothing to do with the speech and proposals advanced by the President.  The argument that repealing and replacing Obamacare would strip American of health insurance is a false narrative.  The fictitious numbers used to promote Obamacare, the numbers covered who were not formerly covered, those who have lost their coverage, and the costs of the coverage cloud the issue in the minds of millions needlessly.  The Democrats and some Republicans are so totally ‘Anti-Trump’ they are unwilling to HEAR any proposals or WORK for a common solution.  Rather than dealing with issues the detractors are focused on the individual and America is the loser. 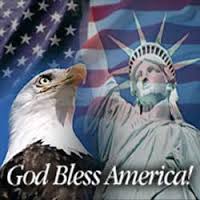 I have only touched on a few of the issues that I saw and heard in the speech and see in Washington and will say more as time progresses.  I pray that Congress will quickly confirm the nomination of Judge Neil Gorsuch who was unanimously confirmed by Congress for his appointment on Tenth Circuit Court of Appeals.  I understand the antipathy of the Democrats at not getting their nominee on the court but as Barack Obama said, “Elections have consequences” and they need to deal with it and move forward.  The Republicans largely followed the precedent set by Chuck Schumer and the Democrats in not approving nominations during the last year of a presidential term.  Of course, their selective memories are so short they cannot recall that reality.  America is hanging in the balance and we need a strong military, a secure border, a restored economy, a revitalized infrastructure, tax reform, relief from stifling federal regulations, and relief from the disaster known as Obamacare.  President Donald Trump has a monumental task before him and I pray that He receive wise and godly counsel in his deliberations and decision making regarding the direction of America.

I ask that you join me in praying for our nation.  God, bless you, and God bless America is my desire and prayer!