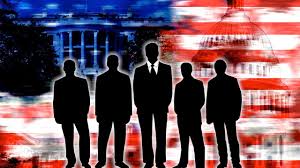 The incessant ranting of the MSM, Democrats, Protesters, Hollywood types and even some Republicans is driving me up the proverbial wall.  Those who supposedly are reporting the news are creating news using false information, debunked data, and spreading rumors akin to the ‘rag magazine tabloids’ found at the grocery store checkout counter.  There are so many things about this that trouble me I hardly know where to begin but it is even more sinister and dangerous than most think.  I cannot wrap my head around why the Republicans allow this to continue and even join in the chorus from time to time acting as pet puppies of the Democrats looking for a pat on the head and a nod of approval from the media.  WAKE UP REPUBLICANS, this is America we are fighting for and THIS IS WAR!

I am convinced that this type of activity is not going to stop anytime soon, UNLESS or UNTIL we, the citizens, take such action as to financially bankrupt the MSM, un-elect enough of the politicians Democrat and Republican who are following this path to get the attention of all of Washington including the bureaucrats.  In a Republic, such as ours, a Representative Democracy, one would hope that everyone realizes that it is incumbent on the losers of any election to accept that defeat and then work toward ensuring that the new administration adheres to constitutional guidelines and advances policies in the best interest of the Republic.  That is opposite of what we are witnessing and the more sinister part is that which is not being reported and largely hidden from public scrutiny, THE SHADOW GOVERNMENT of Barack Obama.  This is far more dangerous than the Clinton Foundation every was or will be.  This is, in my view, more dangerous for America than ISIS and I believe that the Islamic jihadism is a grave threat.

The organized and coordinated effort to ‘take down’ Donald Trump is not a spontaneous reaction to his election but is part of a calculated effort to destroy his presidency no matter the cost to America.  In fact, I would assert that it is designed to not only ‘take down’ Donald Trump but America as well.  That is what makes it such a grave threat to our Republic and Freedom.  When the Left succeeded in ‘taking down’ Lieutenant General Michael Flynn as Director of National Security the blood in the water inspired them to go after more and bigger fish.  We are witnessing that in the assault on Attorney General Jeff Sessions and others.  There is the continual pursuit of Nancy Pelosi, Chuck Schumer, and others to find ways or a way to impeach Donald Trump.  This began BEFORE he was inaugurated because the Left cannot abide losing and therefore they must blame something so they keep beating the “Russians Did It Drum” hoping to instill such distrust in the minds of voters that a revolt will transpire in 2018. I pray they are wrong or maybe right in the idea of a revolt in 2018 but one that removes the lion’s share of Democrats and RINO’s from office.  That revolt I would endorse and applaud.

I was and am concerned that President Trump and his administration will succumb to the pressure of the Media and Democrats and turn their backs on Attorney General Sessions or others as they did General Flynn.  I am not giving a free pass to anyone who does wrong only focusing on what I believe is the real issue not that a sitting Senator meeting with a foreign ambassador regardless of country.  To insist that Jeff Sessions must be removed from office and even charged with a crime for what they perceive as perjury and possibly serving prison time is ludicrous.  Every lawyer tells his/her client to answer the question asked, nothing more and nothing less and I believe that is what Jeff Sessions did.  But if we want to talk about lying under oath dare we omit Hillary Clinton, the IRS Director, and many others in the Obama administration?  There was no hoopla and outcry when those things happened so why now?  That is easy to answer, it is part of the “Dump Trump” effort and the handiwork of The Obama Shadow Government designed to destroy America. 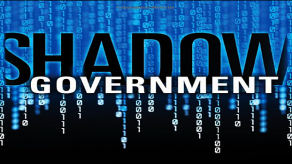 Barack Obama is the first ex-president in our history to lead a political organization, a shadow government for the explicit purpose of sabotaging his successor.  Yes, I said it!  In my mind that it not only treacherous it is treasonous!  How is he doing this?  Among other ways it is through his Organizing for Action (OFA), that was legally founded in January 2103 by Michelle Obama and Barack’s 2012 campaign manager Jim Messina with the help of David Axelrod.  The OFA’s vision and focus are directly linked to Barack Obama’s sympathy and support for Marxism and stem from his training as a Community Organizer and Community Disrupter.  It uses both agitation and propaganda and some have said it is similar to the Soviet agitprop and assuredly identifies with Saul Alinsky’s “Rules for Radicals.”  Their view is embodied in the Alinsky motto, “the end justifies the means.”

The OFA has raised MILLIONS for political action even though Barack Obama would no longer be running for office.  Immediately after President Trump issued his executive order regarding the Travel Ban the OFA went into action and mobilized virtual armies of protesters the media called ‘spontaneous.’  Those actions were staged, and often bought and paid for by the OFA and other groups with money from people like George Soros a known hater of America and our system of government.  In February when the members of Congress began conducting their town halls the OFA released their training manual called, “Congressional Recess Toolkit” designed to instruct activist to organize into groups, go to the town halls, spread out across the room and DISRUPT.  This was to create the perception that it was uniform and universal providing the media with a useful photo op for presenting the false narrative to the public.  More illusion of discontent and discord rather than factual reporting. Facts are problematic so they must be avoided at all cost in the presentation of the ‘false narrative’ of the Leftist.

I believe that Barack Obama has done this with one intent in mind, Destroy America.  Yes, I said, destroy America.  His encouragement of Black Lives Matter and the War on Police, inflating the Welfare Rolls, and Flooding our Nation with Illegal and Legal Immigrants, as well as driving wedges between genders and ethnicities is part of the plan.  Barack Obama is a faithful student of the Alinsky method and is a student of “Crisis Strategy Theory” of Cloward-Piven.  They believed, as does Obama, that the easiest way to ‘transform the nation’ into a socialist state is by overloading the welfare system, which Obama did.  It has been reported that the OFA has an army of agitators numbering upwards of 30,000 ready to fight every step of the way to take down the Republicans and America.  They have plans to stage 400 or more rallies across at least 42 states to attack President Trump’s efforts to repeal Obamacare.  The Marxist have long advocated that the transformation to a socialist state requires the collapse of the old system.  That has been his desire and design for 8 years and now that he has the framework, organization, and funds and is somewhat out of the public view he will DO ANYTHING to take down Donald Trump and America.

America wasn’t fooled and elected Donald Trump and my prayer is that we will not be fooled by these tactics and President Trump and his team will STAND THEIR GROUND and resist.  I pray that the Republicans and Conservatives in Congress will STAND FIRM and resist.  I pray that the American people will not be found asleep at the wheel but will stay alerted and engaged.  WE ARE FIGHTING FOR THE REPUBLIC…  WE ARE FIGHTING FOR AMERICA!