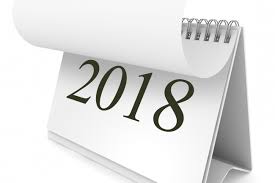 The Republicans hold majorities in both House of Congress and occupy the White House but you would never know it based on the infighting, ineptitude, clear desire for revenge, and willingness to allow the Democrats to control the narrative and agenda.  That alone brings 2018 into play in a much more significant way that I would have thought possible after the 2016 elections, but I am staring reality in the face and it is not pretty.

The Democrat Party was in total shambles after the 2016 Election and the GOP had the opportunity to deliver a knockout punch but rather than hitting the Democrats with a haymaker they are hitting themselves.  The Republicans in Washington have no one to blame for the resurgence of confidence in the Democrats as they look toward and prepare for the 2018 mid-term elections.  FAILURE to fulfill campaign promises to an already infuriated base does not bode well for the incumbent Republicans.  We will see more and more Democrats throw their hats in the ring and become viable in seats that should be slam dunks for the GOP if this continues.

The Federal Election Commission’s report indicates that there are already 209 Democratic challengers with at least $5,000 raised and this is growing.  WHY?  Not because people think the Democrats are the answer but because they are finding the Republicans are not either.  Maybe that is not the correct way to phrase it but they are finding the Republicans are not capable or willing to keep their promises.  When the voting base becomes dissatisfied with the status quo and takes steps to enable a party to break that cycle they expect the cycle to be broken.  Politicians often, and the GOP Establishment frequently, misreads the mindset and attitude of the voters and I am concerned they are doing so now.  That would result in a TOTAL COLLAPSE in 2018 and a return to an agenda that is detrimental to the Republic, our Constitution, the Economy, and the American people.  THAT IS A FRIGHTENING PROSPECT.

Sadly, the GOP is simply dismissing the new slogan of the Democrats and their New Deal as meaningless and ineffective.  I suggest that the offering of the Democrats is not what will resonate and result in votes but the failure of the Republicans may drive them to vote NO on the GOP.  Barring a viable third party that will likely mean a vote for the Democrat in a desperate attempt to get something done and then punishes the Republicans for their reneging on their campaign promises.

What is needed is a GREAT AWAKENING in American politics.  No, I do not think the liberal left will have an epiphany and suddenly become constitutional.  Nor, do I think that the Establishment Politicians are going to awaken and begin to represent us as they promised.  So, what GREAT AWAKENING can we hope for?  I am praying for every district and every state to have enough people who traditionally, occasionally, or might vote against the Democrats to Primary the Republican candidates who are not fulfilling their promises, following the Constitution, and doing the right thing for America.  Then, unify solidly enough in the General Election to produce a win against the Democrat and send people to Washington who has enough integrity and honesty to keep their promises, honor the Constitution, and represent those of us who elected them.  THAT IS THE GREAT AWAKENING of which I speak!  Will we see it?  I honestly do not know but I am praying earnestly for it and working with others of like mind to establish a network that can help raise funds, produce volunteers, and get out the vote to make it a reality.

If the GOP continues to engage in showmanship and revenge as did John McCain we will face a far more serious challenge in 2018 than should be the case.  If the 24/7/365 bashing of Donald Trump and the chaos that seems to be existing within his administration continues the challenge will become a genuine threat.  If the DOJ allows the incessant “Russian Investigation” to continue as a DUMP TRUMP push the threat will become more real.  If President Trump cannot find a way to focus or refocus on the Campaign Promises and not be drawn into peripheral fights and wars of words, the threat will be real.  WHY?  Because millions only hear the rhetoric of the MSM and truly believe that the president is so deranged that he is incapable of fulfilling his constitutional duties and is a threat to America and world peace.  The GOP could put that to rest but too many of them agree and for whatever reason have joined the so-called RESISTANCE against Trump.  That is not good for America and is not good for the prospects of keeping or expanding Congressional majorities in 2018.

I am not a Trump apologist but he is the Republican President in the White House who could and would sign legislation that rolls back and repeals much of the damage of the Obama administration.  He is the president in the Oval Office who, by many of his actions, has demonstrated a desire to keep his promises to the people.  We MUST deal with the border, tax reform, Obamacare, National Security, Terrorism, and much more.  The Swamp needs to be drained.  I realize that many of the Republicans in DC are Swamp dwellers themselves and they fear the Trump because he is a threat to their Position of Political Power.  They would rather see the country suffer than to give up their perch of power.

I ask all who will join me in prayer for a GREAT AWAKENING within the voting public and join me in commitment to labor to remove the debris from DC and give America a fighting chance of restoration.  Whether you agree or disagree with my argument and position I hope you agree that America needs our prayers and involvement.