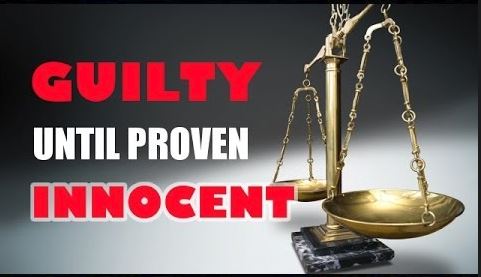 There are more examples available to cite to give credibility to my allegation but in the never-ending Trump investigation by the FBI, the Democrats, Congress, and the Special Counsel.  I want to target a few examples of partisan gamesmanship and selective law enforcement by the FBI and Robert Mueller’s Team which, in my view, destroys all credibility of both.  You may disagree but let me offer my thoughts and you can couple them with sawbuck and get a cup of coffee most places.

I don’t know what General Flynn did or did not do that was illegal or questionable, but he is being indicted for the grave crime of “lying to the FBI”.  The irony of that illegality is they can lie to us with impunity be we dare not lie to them.  The recently fired agent who was fired from Robert Mueller’s team because he sent out “anti-Trump” texts is the same agent who conducted interviews with two of Hillary Clinton’s aides who gave false statements to the FBI. They lied about what they knew regarding Hillary’s private email server.  Have they been indicted?  NOPE, they have been given immunity.  Why?  The only conclusion I can arrive at is, so they would not have to testify against Hillary and allowed the FBI to help conceal her crimes and guarantee she went free.  Not so with General Flynn.  Again, the question that begs an answer is why?  The only conclusion that seems logical to me is that he is worked for the hated Donald Trump, not Queen Hillary and the Democrats.   Mueller’s top man Mr. Weissman has not been fired but he is a strong advocate for Hillary and attended her party after the election.  Interesting!

Cheryl Mills and Huma Abedin were staring possible jail time in the face because of their misleading and outright fabrications to the FBI, but fortunately for them, the interviewer was none other than Peter Strzok the FBI section chief who is openly “Anti-Trump.”  I can live with felony indictments issued for lying to the FBI and Law Enforcement so long as it is consistent and not “selective”, as in this case.  In fact, Mr. Strzok and Justice Department attorney David Laufman interviewed Hillary Clinton on July 2, 2016, and from all indications, the queen herself was not fully forthcoming and honest in her answers to the FBI.  Is she under indictment?  You know the answer to that question and I might add, she likely will never be.  The argument of some is the highly questionable position of the FBI in the Clinton interviews is that she was never placed under oath, giving her and the FBI a doorway through which they could excuse her.

Former FBI Director James Comey defended the untruthful aides of Hillary over their inconsistent statements and fabrications.  He said, “Having done many investigations myself, there’s always conflicting recollections of facts, some of what is central [to the investigation], some of which are peripheral.”  Does that standard apply to any of the Trump team?  Thus far, it would seem the answer is no.  In my view, this is far more than a double standard it is blatant political activism and partisanship.  That kind of actions by Law Enforcement erodes any credibility they might have and gives sustenance to the arguments by some groups that Law Enforcement systematically uses “selective enforcement” of the laws making them targets unfairly.  Law Enforcement MUST be unbiased and seek facts not conduct investigations based on a desire or foregone conclusion.  They MUST follow the facts wherever those facts lead and NEVER manipulate evidence to support their hope in the matter.

How much can we trust federal Law Enforcement or Congress, when they pick and choose what laws they want to be enforced and whom they want to drop the hammer on and who they do not?  Please understand, I support law enforcement but not corruption and partisan jockeying.  How much can we trust any governmental agency, bureaucracy, department, or official who uses his or her office, position, or power for political purposes and engages in activism?  How much can we trust the judicial system when it turns a blind eye to certain people and crimes while making an iron-fisted ruling on those, not of their ideological persuasion?  Someone said, “How do you know a politician is lying?  Their lips are moving.”

For me, the questions are: “Why did General Flynn lie?  Why did Hillary’s aides lie?  Why did Hillary deny, deny, deny and get by?  Why is it so difficult to get the unredacted notes on the Bill Clinton and Loretta Lynch tarmac meeting?”  WHY?  Still, other questions are: “Why was Flynn charged and the Clinton aides not?”  It is possible that General Flynn attempted to hide his request to the Russian ambassador to delay or oppose the United Nations Security Council vote on an anti-Israel resolution that Obama refused to veto.  He may have thought it was illegal for him to do so, but it was not only not criminal but the right thing to do.  It was not a violation of the Logan Act.  If that law were a good law and applicable former presidents Reagan and Carter would have been indicted.  Reagan negotiated with the ayatollahs of Iran when he was president-elect, to delay releasing the hostages until he was sworn in.  Carter would have gone to jail for advising Yasser Arafat to reject Bill Clinton’s peace offer in 2000-2001.  Likewise, Jesse Jackson, Jane Fonda, Dennis Rodman and many others who have negotiated with North Korea and other rogue regimes would have a reserved room in the government hotel called PRISON.

Why did Mr. Mueller charge General Flynn with lying?  Most prosecutors that I have talked to insist that the last thing a prosecutor wants to do is charge a key witness with lying.  That diminishes the credibility of the witness because if he lied about one thing what else might he be lying about?  Jurors are inclined to take note that a suspect not only “sings for his supper” but wonders if maybe he is also “composing the song.”  A deal making witness knows that the more elaborate and filled with delicacies the better his deal with the prosecutor.  Is General Flynn the sword or bombshell that takes Trump down, as those on the Left and the Never Trumpers hope or is he another of many people of little consequence being used to tarnish our entire system of government?

I have concluded that the Democrats, the MSM, the activist, and now the Mueller Team will not be satisfied until they produce something that will allow the Democrats and the Never Trump Republicans to use the political tactic of impeachment.  Were the Democrats to win back the House, Donald Trump would be impeached.  If they controlled both Houses of Congress he would likely be impeached and convicted regardless of the evidence, truth, or impact that would have on the Republic.  They hate him that much and are willing to destroy America to rid themselves of an outsider who does not march to their drummer and play the political pomp and ceremony charade they consider a requirement for anyone in Washington.  WE MUST NOT LOSE THE HOUSE AND SENATE for the sake of America, not simply to keep Trump from being impeached.