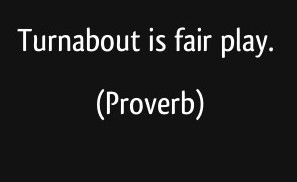 Certainly not according to Bernie Sanders, Hillary Clinton, and the Democrats it is only fair if the Left does it but unfair, Un-American, and Un-Constitutional if the Right uses the tactics and strategies of the Left.  Is that a surprise?  How could it be with decades of examples of the hypocrisy of the Leftist Democrats?  However, it is still disgusting that the Democrats are now whining and spinning a tale that paints the Republicans as Lucifer himself and most Republicans are letting them get away with it.  STOP THE INSANITY!

I watched portions of a CNN debate between two Republicans, Ted Cruz and Tim Scott, and two Democrats, Bernie Sanders, and Maria Cantwell.  The debate was hosted or moderated by Jake Trapper, and Dana Bash and it was truly Leftist slanted and the deck was stacked against Senators Scott and Cruz but for the most part, they held their ground.  One area I would have liked to see them dismantle the rantings of Burning Bernie as he insisted that the reason the Democrats won’t cooperate is that the Republicans have chosen to “go it alone.”  Does anyone remember Obamacare and how the Democrats shut the Republicans out of the process and “went it alone?”  Each time he argued that the Republicans had opted to use reconciliation or the nuclear option, as though this was the first instance of such a move by either side, I longed for Senator Cruz or Senator Scott to stop him in his tracks and remind him of Obamacare, but if they did I missed it.

Taking it one step further, Senator Elizabeth Warren has publicly called the GOP Tax Bill a SCAM and is seeking to inflame her cronies FREAK OUT over the dastardly Tax Reform Bill.  Then, she admitted that she has not read the bill.  Whoa, Nellie!  Senator Warren you are making claims of the direness of a bill that you have not even read.  This is another case of anything that the evil racist haters of women and lovers of the rich Republicans do is evil, in the minds of the Left and their followers on the streets.  Her anger was less about the bill than the prospect of the Republicans “ramming” it through without Democrat support.  Again, does anyone remember Obamacare?  But using leverage, political clout, and power is only wrong if you are not a Democrat and a supporter of the Leftist Agenda.  Reminds me of Queen Nancy Pelosi saying, “We have to pass the bill so you can see what’s in it.”  WHAT?  That was ridiculous then and Senator Warren’s failure to read the bill now is equally as ridiculous.  Senator, that is your job to know what is in the legislation before you.  It is not supposed to be that only a Democrat bill gets your support and any Republican bill is trashed by you and your party.  That is not the design, intent, or purpose of your office.  You were elected to serve your state, the citizens of your state, and America not advance partisan party politics and rhetorical spin to advance your cause.

Senator Chuck Schumer whined that the Democrats have repeatedly reached across the aisle and tried to work with the Republicans, but they have been rebuffed time and again?  Senator, are you serious?  No, you are not but you know that your rhetoric will be bought hook, line, and sinker by the followers of the Leftist Agenda, so you advance falsehoods to deceive and achieve your purposes.  He said, “In my long career in politics, I have not seen a more regressive piece of legislation, so devoid of rationale, so ill-suited for the condition of the country, so removed from reality of what the American people need.”  WAIT!  Senator where were you when Obamacare was rammed down the throats of the GOP and the American people against the wishes of the majority of citizens?  Where were you when former President Obama advanced, with your help his colossal failure, “Cash for Clunkers” as a proposed economic boon for the economy.

If our Congress had people serving as members who truly followed the Constitution and placed the best interest of the American people ahead of party politics neither party would need to use the nuclear option to advance legislation.  The Democrats and their partner in crime the MSM along with the myriad of political activist and deep pocket leftist use their greatest weapon, TALK, to damage America.  They may not believe they are harming the Republic and opening the door to “fundamental transformation” into something totally other than what our Founders, Framers, and the American Constitution formulated, but they are.  They whine when they don’t get their way, attack the very tactics they use when those tactics are used against them and deceive millions who only get their news and information from the MSM and the posted talking points of the Liberal Left.

I grew up hearing, “What’s good for the goose is good for the gander.”  I have long heard, “What goes around comes around” and the warning, “be careful who you step on, on the way up for you’ll meet them on the way down.”  There is a biblical principle that I believe and have adopted in my life regarding everything, “What you sow you reap.”  If you sow lies, you will reap a bumper crop of lies coming back at you.  If you sow hate, you will feel the pain of hatred targeting you.  If you sow discord, you will live in chaos.  If you sow love, compassion, and understanding the harvest will be a tremendous benefit to your life.  In today’s political world, it would behoove the politicians to read that portion of the Bible and realize that there is a Pay Day coming and it is futile to sow seeds of destruction and pray for crop failure.  My word to the Leftist is, “You have sown to the wind and now the whirlwind is upon you.”  Rather than whining about the unfairness of the Republicans why not consider what is best for America and cease trying to prevent the fulfillment of the Campaign Promises that got Donald Trump and the Republicans elected.  Your way has failed, so why not try a different path.  If it fails, the American voters will respond accordingly.

God bless you and God bless America is my desire and prayer!