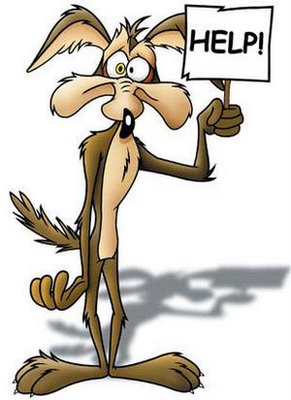 I have some people who stand firmly beside and behind me in our fight for the Constitution, Rule of Law, Liberty, and Freedom but disagree with me as to the “root cause” of the problems and the “real solution.”  The reason they disagree is they do not share my Christian Faith and therefore, reject the idea that the real solution is God and addressing the moral issues of man’s heart.  Most of them are staunch defenders of the 2nd Amendment as an inalienable right that government has no right to infringe but they are hard-pressed to define where those rights come from, if not from God.  Those on the Left who follow the Leftist Liberal Socialist Globalist philosophy ideology and agenda seem to believe that our rights come from government and therefore can be altered, amended or, revoked by the government.  I mention those realities to highlight the different views as to what the problem in America truly is and the correct pathway to find a resolution.

Therefore, I argue that if we do not recognize, diagnose, define, or acknowledge the Real Problem we will NEVER pursue the Real Solution and often follow Delusion and thereby heighten the problem and frustration in society.  When we pursue a wrong diagnosis the treatment often worsens the condition rather than relieving the symptoms or finds a cure.  That, in my view, is the pathway we are traveling in this current debate regarding “guns” and how we curb the mass-shootings being talked about.  I find it curious that there is no outcry over the daily shootings in cities like Chicago, Detroit, and other highly gun restrictive cities, but there is a major outcry when there a single shooter in a school or as the one in Las Vegas.  I find it somewhat odd that some I have discussed the matter with regarding the murders, muggings, and mayhem in Chicago often black on black crime with those on the Left they call that a moral and heart issue but in Florida and Las Vegas it is a gun problem.  They have yet to explain the difference to me and in that failure, I see delusion, deception, and denial when equates to no solution and suggests that this type of action will multiply leaving us more and more disheartened and leave us feeling helpless.

I believe that what we are calling “mental illness” is sometimes simply “evil” that may, in fact, be a type of mental illness but not the classic definition.  If a person has an “evil heart” no law will prevent them from pursuing their diabolical act of murder and mayhem.  No posted sign, no threat of imprisonment, or any other edict from the government will deter them.  Evil holds no respect for the moral or civil law and the type of evil as witnessed in mass-shootings has no regard for human life, even their own.  They thirst for blood and destruction and nothing will satisfy that longing except carrying out their heinous acts.  You cannot stop evil with legislation.  In the case of evil, aside from a spiritual conversion, the only way you stop an evil person intent on murder is with deadly force.  That may not play well with some, but if you are honest in your assessment you will know that is the truth.  How then, will we make our children safer or ourselves safer by “disarming” good, moral, sane, and sensible people?  How is taking away our ability to protect ourselves, our families, and our property the right path?

As for the matter of “mental illness”, we have allowed government and the liberal leftist mindset to prevent the finding of a solution and further endanger society.  The first public hospital, in America, built to care for the “mentally ill” was Eastern State Hospital, built in 1773 in Williamsburg, Virginia.  Many more followed and in 1955 there were 560,000 patients housed in state mental institutions in America but by 1977 that population had been reduced to 160,000. What was the cause of such a dramatic reduction in institutionalized patients diagnosed as suffering from some form of mental illness?  In the 1970’s, there was a dramatic rise in people advocating for the closing of mental hospitals because of the new psychotropic drugs available.  It was argued that people with mental disorders, even the most violent or potentially violent, could live unrestrained among the population.  In 2013 an article by Dr. E. Fuller, founder of Treatment Advocacy Center, titled “Fifty Years of Failing America’s Mentally Ill”, contended that this had not gone the way the advocates had planned or hoped.  His study reported that the “mentally ill” were responsible for 10% of all homicides (an even higher percentage of mass murders). They represent 20% of prison inmates and 30% of the homeless.  That suggests a failure on the part of the government, society, and the medical community in dealing with this issue.

I believe that “mental illness” is a very real problem, especially as it relates to murder (mass or otherwise).  The federal government has invested BILLIONS in building treatment centers and funding doctors and programs to deal with the issue and rather than curbing the problem it is growing.  We need to, as with most things, get the federal government out of the “mental health” arena and return control to the State and Local entities.  A Supreme Court ruling in 1999 (Olmstead v. L.C.) held that under the Americans with Disabilities Act, individuals with mental disabilities have the right to live in integrated community settings rather than in institutions.  Some have benefitted from this ruling, many others have been harmed, not to mention the harm to the public.  President John F. Kennedy proposed the CMHC program funding of $1 BILLION, or in today’s dollars $10 BILLION.  The total annual public funds for support and treatment of the mentally ill is over $140 BILLION.

Is the answer to institutionalize everyone with a mental disorder?  NO!  But those who show a propensity to or demonstrate a bent toward violence pose a danger to themselves and others should be carefully supervised and treated.  My heart breaks for anyone suffering from or any family dealing with the “mentally ill.”  I do not want to treat them as sub-human and simply cart them off to an institution, lock them up, and forget them.  I want to seek solutions to the problem while keeping them safe and the public free of the threat of that individual committing a crime such as the one in Las Vegas or Florida.  I am not saying that either of those was caused by mental illness but some of the mass murders have been.  If we deny the problem of either evil or mental illness and make the firearm (gun) the culprit, we become entrapped in a delusion that will fail to recognize the real problem and prevent us from finding a solution.  I do not have the answers to solving the “mental illness” issue but throwing more and more money at the problem with no visible result is not the answer.  The definition of insanity that has been used (not the technical or medical definition) is: “Doing the same thing over and over again expecting a different result.”  I believe that we are dealing with a HEART and MIND issue that is the result of our drift from our moral moorings in America and the indoctrination which has virtually become brainwashing of our kids and society by the politically correct rhetoric, diatribe, and ideology.  The Real Problem is not the weapon of choice but the choice to use a weapon!  If we continue to react as many businesses, activist, and politicians and target the wrong source we will open the door to a continuing and growing problem.  The mentally ill need our compassion, understanding, and help to help prevent them from harming themselves or others.  Dealing with “mental illness” effectively will not remove the threat of mass-shootings because of the existence of evil.  Evil called by any other name empowers it!  Hear me carefully, if there is a person shooting up or attempting to shoot up a school or a public venue it does not matter, at that moment in time, if they are suffering from a mental disorder or simply venting evil – THEY MUST BE STOPPED!  If you strip me of my right and ability for ‘self-defense’ you make me a victim and you have no right to do that!