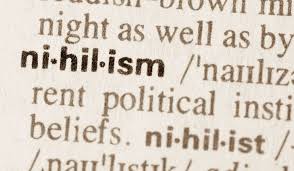 I could address a myriad of situations and conditions existing in America’s political climate today but will try to limit my remarks to two or three issues that are threatening our Republic.  The Democrats, RINO’s, Never Trump Activist, the MSM, Hollywood, and those engaged in ‘fundamental transformation’ activism is either engaged in political nihilism or there is a diabolical and sinister plot underway in America.  I suspect it is both, with some simply being naïve or blind and practicing nihilism while others are maneuvering to destroy this Republic.  You will have to decide which, if either, not simply based on what I write but through your own investigation and prayers.

Let me take as my first issue the Outcry of the Left and Amnesty Advocates the decision of President Trump to include the “citizenship question” in the 2020 census.  You would think that the President had committed such a heinous crime that 100% of America would resist because of its direness.  I believe that President Trump did this based on calculated investigation and data regarding Illegal Immigration and use it as a tool to drastically reduce the influx of Illegals in America.  The Democrats and those on the Left are screaming bloody murder over this for a number of reasons.  None of them rooted in concern for America but for political reasons.

I find it interesting that until the middle of the 20th Century this question was a part of our U.S. Census and see no reason it should not be included.  If we ignore the issue and assume that everyone who responds to the census are citizens, we will continue to see disproportionate representation in various states.  That allows some states to have more Representatives in Congress than is reflected by Citizens.  It should never be a consideration for Representation in Congress the number of people in a State but the number of Citizens.  Non-Citizens cannot legally vote and have no say in the direction of this nation, therefore while it is important to know HOW MANY PEOPLE are here it is equally important to know HOW MANY ARE CITIZENS in each state.  The Left is arguing that Trump is putting politics in the census and that politics has no place in that needed activity.  SERIOUSLY?  They want the “citizenship question” omitted for POLITICAL PURPOSES so who is inserting politics in the census?

The argument that they are using includes the idea that the city or state is the people who live there and that it is wrong to privilege citizens over non-citizens.  They argue that the non-citizen’s needs, desires, and political ideological views are as binding upon the nation as citizens.  If that concept is adopted, Globalism Wins and our national sovereignty and borders are destroyed.  We become “citizens of the world” not “citizens of the United States of America.”  We would then logically become subjected to the oversight of World Organizations such as the United Nations.  THAT IS NOT AMERICA!  If everyone belongs, then there is no outside and thus NO NATION!  The Democrats are pushing for the eradication of America or “fundamental transformation” as proposed by Barack Obama.

To argue that politics should not be involved in the census is to ignore that fact that it is the basis upon which we apportion congressional representation.  It is the means by which we assess how we will pursue the good of the collective as a polity.  It is Political, and we must keep it that way!  Citizenship has benefits and those must be preserved if we are to remain the Free Constitutional Republic our Framers and Founders established.

A second issue is the current press for GUN CONTROL.  This has never been about keeping our children or citizens safe it has been about CONTROL and will remain so.  We have a biblical right for “self-defense” and “self-preservation” and if the Leftist are successful in the process of “banning guns”, “restricting guns”, and/or “confiscating guns” we will have given up one of our most sacred inalienable rights and place the remainder in dire jeopardy.  Is it political nihilism by the Left that suggests by taking guns from the law-abiding we will somehow produce a safer environment or is it more sinister?  For some it is naivety and for others, it is a diabolical power grab that seeks to ‘transform’ America into a Leftist Tyranny controlled by the Political Elitist Oligarchy.

The Founders of this Republic considered “property rights” as a “bedrock principle” in our Republic.  They believed, as per their writings, the Constitution, Bill of Rights, and Declaration of Independence, that property rights encompass not simply physical property but one’s life, labor, speech, and livelihood.  We have a natural right of “self-preservation” that must never be ceded to the diabolical.  Every person has the God-given right to defend him/herself against all transgressors, including the government, who would deny, abrogate, or unlawfully seize his/her property.  The Left has moved progressively into alignment with Marx and Engels espoused in their Communist Manifesto.  They declared, “The theory of Communism may be summed up in a single sentence:  Abolition of private property.”  They argued as do the Leftist that one’s labor or livelihood is not private property and therefore not protected but is subordinate to the wishes and whims of the government.

There were those such as Plato that called for a communist social order in which property was held in common and that human nature should be molded and transformed to benefit the state.  Aristotle, on the other hand, argued that if property is held in common man could not exercise his right of self-preservation and that would produce incredible animosity and anger and ultimate chaos and anarchy.  Both, the laws of nature and the rule of law demand that government governs for the good of the people not the good of those in power.  That is opposite of the philosophy of the Democrats and some Republicans of today.  In the Federalist 28, Alexander Hamilton wrote: “If the representative of the people betray their constituents, there is no recourse left but in the exertion of that original right of self-defense which is paramount to all positive forms of government.”  The Framers were not ambiguous regarding our inalienable rights including that of self-defense for they said in the Bill of Rights: “the right of the people to keep and bear arms, shall not be infringed.”  SHALL NOT BE INFRINGED!  Former Justice John Paul Stevens, Nancy Pelosi, Chuck Schumer, Hillary Clinton, Barack Obama, Joe Biden, and David Hogg that means NEVER!  You have no right to take my right to defend myself from me.  It was given to be my God and no man or government has the right to attempt to supersede God’s order.

So, this November we will be voting on AMERICA as the Constitution reveals and demands or the AMERICA of Barack Obama and the Left.  We are voting for Liberty, Freedom, and our Inalienable Rights or voting against them.  A vote for the Democrats is a vote against the Constitution and against our Inalienable Rights.  I know, I know… I will likely be unfriended on Facebook for that statement but if you honestly examine it you will realize that I am being truthful and factual.  NO, I am not saying the Republicans are saints and staunch defenders of Freedom and our Rights, but the Democrats are becoming open that THEY OPPOSE THE CONSTITUTION.  Therefore, you decide – Can you vote for them and thereby vote against the Constitution?  I CANNOT!