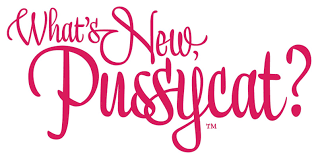 It is exactly as I suspected and deeply disheartening.  What are you referring to Roy?  The political diatribe and vitriol over the Brett Kavanaugh hearing, allegations, accusations, along with the vile statements from various sources.  This American is disgusted with the state of politics in America and can now understand how some would define politics as “poli” meaning many and “tics” meaning blood-sucking parasites.  We seem to have reached a new low in American politics and hopefully, people (voters) on both sides of the aisle will share my disdain for what is happening.

I am in 100% agreement that if a person makes a claim of sexual assault they should be heard.  Is there a degree to which this should be regulated?  Of course, like any other charge, there needs to be corroborating evidence, credible evidence, to determine the extent and duration of the investigation.  It cannot become “he said – she said” without any other substantiation.  That would effectively destroy our entire political and judicial system if not destroy our social order.  If there are false allegations made those must be dealt with using the appropriate leverage of the law to guarantee that a person making an allegation (of any kind) understands the penalty for making false claims.

I was disturbed by the circus in the Senate Judiciary and saw things that disturbed me from all sides.  I saw tactics used by the Democrats that attempted to uses uncorroborated and unsubstantiated claims as fact and that, in my view, is a direct violation of our judicial system and code of moral sanity.  None of us, not you, no me, not anyone would want unsubstantiated allegations to be allowed to destroy our lives.  Sadly, if an event actually transpired and there are no witnesses to corroborate or evidence to substantiate our claims we cannot expect the justice system to just take our word over the word of another.  Reverse that and place yourself on the receiving end of an allegation and I believe you will agree.

What is equally if not more disturbing is the vitriolic language and assertions by those on the Left in the time leading up to the testimonies of both Judge Kavanaugh and Dr. Ford.  The door has been swung wide for full-blown violence and rioting in the streets and that is more than tragic it is a clear and present danger that threatens us all.  Alyssa Milano said on MSNBC that “sexual abuse has been institutionalized in America.”  She went further and justified the arguments that a woman’s declaration of truth must be accepted saying that women have had a hard time and if now men have a hard time because of unsupported allegations, they just need to deal with it.  THAT IS LUDICROUS!  No one, a woman or a man should have to follow that prescription.

Sunny Hostin of the View demanded, “Since when is a woman’s truth not enough?”  What Ms. Hostin is a ‘woman’s truth’?  Are we talking about corroborated allegations or simply making a claim and because it was a woman it must be accepted and believed?  If it is the latter that is beyond disgusting and dangerous.  Whoopi chimed in and demanded that “women must be believed.”  They must IF and that is the key IF what they are claiming is substantiated.  If a woman makes a charge against a man and there is evidence to support that claim that man MUST be dealt with to the full extent of the law, regardless of who he is.  I have no issue with that, but I do have an issue with simply taking a woman or a man’s word at face value allowing a ‘he said – she said’ situation to be anything more than that.

This has been taken to the next level by Georgetown Professor, Christine Fair (nothing fair about her).  She is an associate professor at the university’s School of Foreign Service and tweeted: “Look at the chorus of entitled white men justifying a serial rapist’s arrogated entitlement.”  No, she was not talking about Bill Clinton or any of the Democrats.  She continued, “All of them deserve miserable deaths while feminist laugh as they take their last gasps. Bonus: we castrate their corpses and feed them to the swine? Yes.”   THAT IS HORRIFIC and smacks of INSANITY and assuredly a level of hate that cannot be bridged in a civil society.  HOW LOW HAVE WE SUNK?

Planned Parenthood has threatened any Senator who votes to approve or confirm Judge Kavanaugh saying, “We’re coming for you.”   There was a tweet from that organization that read: “Roses are red violets are blue Vote NO on #Kavanaugh or else we’re coming for you.” This is an organization that has been determined to be more than an abortion mill and one that has harvested body parts of those aborted infants.  This is an organization that receives government funds and they are threatening elected officials.  THEIR FUNDS MUST END TODAY!

It seems that allegations or claims of sexual abuse, rape, harassment against Democrats are swept under the rug as with Keith Ellison where there are doctor’s reports and what appears to be substantial evidence, but the Minneapolis Police are punting to allow the DNC to investigate.  WHAT?  Since when did the DNC become a Law Enforcement Agency?  The Democrats including Joe Biden and Diane Feinstein would not even read the deposition of Juanita Broaddrick regarding being raped by Bill Clinton.  John Kerry insisted that the Chappaquiddick incident with Ted Kennedy was okay because in Kerry’s words, “He owned up.”  WHAT?  That was apparently an insinuation that if Kavanaugh were to admit his guilt, even if he is not guilty, all would be forgiven.  NO, IT WOULD NOT!  Also, the Kennedy scandal is not okay, but it was swept under the rug because of who he was.  THAT IS TRAGIC!

I don’t want anyone on the Left or Right stooping to vitriolic language in this or any other incident.  If we do not find a way to address issues appropriately, with a least a modicum of decency and civility we are in deep trouble in our Republic.  It is okay to disagree, but disagreement does not give license to engage in violence and character assignation.  You may like cherry pie and I prefer pecan that does not mean we have to square off for fisticuffs or a duel at twenty-paces.  I know some wonderful people who vote Democrat.  We disagree deeply on some moral, social, political, economic, and spiritual grounds but they, in my view, want America to prosper.  Some of them have voiced their deep concern about the level of vitriol in today’s politics.  Will it change their vote, probably not because of some deep-seated beliefs about Republicans?  Some of them are troubled over abortion, border security and other issues but still pull the lever and vote for the Democrat.  People find a way to justify their actions and until we reach a place that we honestly examine every word, thought, and deed we will continue to be divided even when deep down we agree.  THAT IS A TRAGEDY of the highest order.

The past few months and years have placed the agenda of the Left on display and I pray that, although the Republicans are far from perfect, we will not allow the Left to regain power in Congress.  I also pray that the Republicans will not view this as a mandate to do anything but fulfill their promises rather than simply a means of solidifying their positions of power and their personal purses.  I am deeply concerned for America!