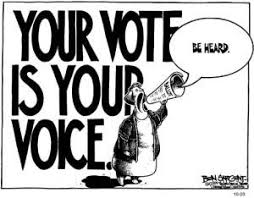 No that is not a typo, but a real question that was asked by some recently regarding the U.S. Senate Race in Texas.  I didn’t hesitate to announce my intentions to vote solidly for U.S. Senator Ted Cruz and against candidate Robert (Beto) O’Rourke.  The person was taken aback, it seemed, and asked, WHY?  I was grateful he gave me the opportunity to detail my reasons and as it turned out it was far more than he wanted to hear.  At one point, there was the argument, “Well” he said, “Cruz isn’t an American citizen, he’s a Cuban and then they said, I mean Canada-ian.”  My sense of discernment kicked in and I perceived that my belly laugh was not a pleasing sight to him and could see the veins protruding on his neck as I continued to detail my reasons, over his talking point objections.  It was funny and a bit fun, but it was disturbing at the same time because I was reminded of how effectively the MSM has been able to negatively characterized Republicans, Conservatives, and Constitutionalist.  Far too many, simply accept what is offered by CNN, NBC, MSNBC, ABC, CBS, and the many other liberal arms of the Democratic Party.  They believe that if it is in the newspapers on television it must be true.  I even had one person say, “Well, they can’t put it on the news if it isn’t true, it’s the law!”  Again, my falling on the floor doubling up in laughter did not set well, but some statements demand an appropriate reaction.

Some, even some of the Leftists, have recognized Ted Cruz as a genuine Conservative. They have identified him as a movement conservative, a religious conservative, a constitutional conservative with libertarian leanings.  He might be all those, but one thing I know is that he is incredibly intelligent and can articulate points on virtually any argument with knowledge, data, facts, and reason.  Some do not like his detailed explanations and feel that he is talking down to them because they either do not want to listen carefully, think thoughtfully, or are uninformed and want the Cliff Notes version answer to any question.  His personality is not that of a polished politician and his deficiencies in the area of charisma have hurt him and may now be hurting him in this contest with a very liberal leftist progressive Democrat who wants to identify as Hispanic but is not.  Who does that remind you of?  Pocahontas comes to mind.  No, not the wife of Captain John Smith of Pilgrim lore but a more recent Senator.

Ted Cruz supports free trade, desires to abolish the Internal Revenue Service and implement a single tax for all citizens.  Well, so do I and believe that if people actually thought about what that would mean would be onboard with those positions.  I suggest you ask Mr. O’Rourke how he feels about the IRS, a Flat Tax, or Free Trade. You will undoubtedly watch him dance around the question and attempt to spin it his way, but he is not in favor or reduced taxes, doing away with the IRS or anything of the sort. He supports the Democrat Plan of HIGHER TAXES.  Ted Cruz is in favor of downsizing the federal government, reducing regulations, and getting government off our backs.  Sounds, reasonable to me, how about you?  He is Pro-Life, opposed to Obamacare, and wants legitimate Immigration Reform while supporting the securing of our borders.  Mr. O’Rourke opposes most if not all those issues.  He is for Obamacare, wants Immigration Reform that allows the Dreamers and millions of others to become citizens, and is in favor of Sanctuary States and Cities.  That is not what we need or want in Texas!  Ted Cruz favors the 2nd Amendment while Mr. O’Rourke wants some measure of ‘gun control’ which would lead to a ‘gun ban’ and a revision of our Second Amendment Rights.  Ted Cruz is in favor of school choice and does not drink at the fountain of Climate Change, Global Warming, or Climate Disruption, whatever they are calling it these days.   He opposes the United Nations Agenda 21 Plan of Sustainable Development which is nothing more than population control and total control of the citizens.  I oppose that as well.  He could probably be characterized as being somewhere between, Rand Paul’s non-interventionist position and that of the late John McCain of active interventionism.

In November we are faced, in Texas, and around the nation, with the choice of allowing the Liberal Leftists Brand of Toxic Liberalism largely based in the Democratic Party to regain power or STOP THEM!  Yes, that is exactly how I view the elections.  I wish that I could say, ‘Elect Republicans and See Our Nation’s Constitutional Position Restored’ but that is still down the road.  However, if we fail to defeat the Democrats in November the fork in the road we are now facing will become a major thoroughfare of Liberalism.  What we have thought was a ‘runaway train’ toward the destruction of our Republic as a Constitutional form of Government will become a ‘rocket ship’ traveling at light speed.  YES, I am sounding an alarm and NO, I am not the little boy crying wolf, IT IS REAL!  You may or may not believe the warning, but that does not change the reality or the impending destruction and devastation if we fail in the effort to Keep Power Away from the Leftist in November.

In Texas, I call upon all my fellow Texans to vote NO on BETO and VOTE YES on Ted Cruz.  I ask that you send Lupe Valdez to the sidelines and prevent her from turning Texas into a Sanctuary State with Open Borders, Higher Taxes, whatever else she proposes from her Leftist Position.  Mr. O’Rourke has claimed to be invested in and involved with no PAC but amazingly his campaign co-hosted a Washington, D.C. fundraiser with at political action committee.  WAIT A MINUTE!  Mr. O’Rourke, you claimed your support is ONLY from private citizens and in small amounts.  Secondly, why would you be raising funds in Washington, DC if that is true?  There are strong indications that millions of dollars are flooding into his campaign coffers that have direct and indirect connections to the infamous hater of America, George Soros.  Mr. O’Rourke, you have campaigned advancing the claim that ALL PACs are corrupt and now you join hands with a PAC, how can you justify that?  Like all liberal leftists and most politicians, you spin the spin with double-speak and a political dance that might win you 1st Place on the TV Show about Dancing.  I don’t recall its name!  Mr. O’Rourke has even accepted money from J-Street, a PAC that supports a two-state solution in Israel and has hosted fundraisers for Mr. O’Rourke.  Mr. O’Rourke has demonstrated, while in Congress and in El Paso a willingness to do things that are opposite of the views of most Texans and are dangerous for the Republic.  It is my understanding that Mr. O’Rourke’s campaign requested that the VFW, Post 4006 in Navasota, Texas take down the America Flag during his rally there.  WHAT?  If you can support that I doubt that we could have any productive, rational, or civil conversation.

YES, this is an article directed at the Senate Race in Texas, but it is about more than Texas, it is as the Democratic Chairman Perez declared, “This Democracy, we know it is on the ballot and it will mean the end of Democracy if the Republicans win.”  I can agree with part of his statement, “Our Republican Form of Government is on the ballot.”  My argument is that if the Democrats win it will be a serious if not a fatal blow to our Republic.  WE CANNOT LET THAT HAPPEN!  I truly believe that this is these mid-term elections are the most important we have ever faced.  Each successive election may well be, but this is NOW, and WE MUST ACT NOW!  I call upon every Freedom Loving American Patriot to VOTE!