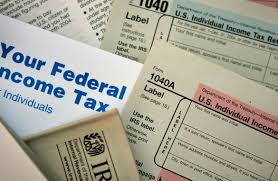 I in a recent debate among the Republican hopefuls for 2016 the moderator posed the question regarding taxes citing that 68% of Americans polled support an increase in taxes for those making over a $1 Million per year.  Is that truly reflective of America?  Is that the result of the persistent attempt to create a class or economic warfare where the rich are hated for being rich and a desire to “spread the wealth?”  I don’t know, but I suspect it has more to do with envy and jealousy and buying into the diatribe and rhetoric that the rich are not paying their fair share.  Whatever a fair share is!

I thought it would be germane to our discussion and vetting of the candidates to consider where they stand on personal and corporate income taxes.  I have been surprised in discussing the various candidates with friends and those I meet, how little they know about where their preferred candidate stands on these issues.  I will address the Republican and Democrat Candidates in alphabetical order regarding their proposed Tax Rates.  I cannot go into the full details of their individual plans, you will need to go to their websites and review the details.

On the Democrat side, I have seen numerous plans and Hillary and Bernie both support a tax code that would have at least 49-50% tax rate on the top individuals.

At this point, among the candidates, we have the Democrats proposing a tax increase and most of the Republicans proposing tax reductions although Rubio’s is a minimal reduction.  The Bush and Kasich plans are incredibly similar in rate and extras.  Dr. Carson’s plan would give a dramatic reduction for individuals and businesses.  Ted Cruz would move away from the progressive tax plan to a Flat Tax.  There are nuisances of each plan that each of us should carefully consider.

However, I suggest that these are all PLANS and PROPOSALS and not guarantees that they can or will get them enacted by congressional legislation.  When I hear a candidate say, “I will do this or that” I take it with a grain of salt and reflect on the process upon which our government works or is supposed to work.  We have had over seven years of lawlessness in which the sitting president acts as a King or Potentate and imposes his will on Congress, the Courts, and the People.  NO MORE!  That must stop and so far as I am able to discern the GOP candidates have indicated they will not follow that path, so I am hopeful.

I personally believe that everyone should have skin in the game and when we have half of the population paying ZERO TAXES voting to increase taxes on the other half we have a problem of epic proportions.  If everyone had a stake in the American government we would see a renewed push for limited government as proposed and established by the Constitution and our founding fathers.