That would be my advice to President Trump.  The old saying, “Keep your friends close and your enemies closer” might be applicable.  The Democrats are a united front but the Republicans, Conservatives, and Constitutionalist are anything but united.  Those of our side are about as divided as I have ever witnessed and the tragedy is that the Establishment (Republican) is playing footsies with the Leftist who have as their prime agenda, taking down the Trump administration.  There is so much to see that is not seen I hardly know where to begin in addressing this issue.

The uproar over the former National Security Advisor, General Mike Flynn is not as simple as a person breaking the law or rules it is much deeper than that.  The Logan Act that has been raised to justify attack General Flynn is grasping at a straw and if you check the historical record you will find that NO PERSON has ever been prosecuted for breaking that law.  One person was charged but that charged was almost immediately dismissed.  General Flynn did make some mistakes and although he is a good man, with a stellar record, apparently, he misrepresented the facts and truth to Vice President Pence and that is not acceptable.  However, the fact that the talked to the Russian Ambassador before the inauguration is not the problem, in my view.  The Logan Act was designed to prevent private citizens to conduct foreign policy.  Arguing that General Flynn was a private citizen would be a stretch, at best.  General Flynn was a national security adviser designate.  But, maybe we should recall that Barack Obama traveled the globe talking to foreign governments about American foreign policy before he was even a candidate for President.  HOW WAS THAT NOT A PROBLEM?

Who was involved in leaking the information and spearheading the attack on General Flynn and why?  It has been revealed that former Obama administration adviser Ben Rhodes, the architect of the White House effort to create a pro-Iran echo chamber.  He organized and initiated the effort to flood the media with stories attempting to discredit General Flynn.  This effort was also designed to prevent the Trump administration from disclosing the details of Obama’s secret deal with Iran.  This effort was initiated in the weeks before President Trump’s inauguration.  They knew that there would be several people on Trump’s national security team that would oppose diplomacy with Iran, so they sought to protect the deal at all costs.  General Flynn became a target and he did not help matters in failing to be totally forthcoming.  Who is celebrating over General Flynn’s ouster?  I suggest that it is Ben Rhodes, the NIAC, and the Iranian Mullahs.  It has been revealed that General Flynn was making preparation to publicize many of the details of the deal and that was taboo for the Obama team and seems to be for the Republican Establishment.  The Establishment is willing to use anything to discredit President Trump and harming national security is not a problem for them, for they seem to consider stopping Trump a greater objective.  THAT IS SAD FOR AMERICA!

An even larger concern, in my mind, are the leaks from the Intelligence Community who had recorded the conversation between General Flynn and the Russian ambassador.  The FBI recorded the conversation, pursuant to a warrant which had to come from the highest of levels and possibly from Barack Obama himself.  They released the transcript to the media with the intent and for the purpose of discrediting General Flynn.  The FBI, CIA, NSA was abetted by Obama-ear holdovers in an understaffed Justice Department and the leftist media in an apparent coup attempt to take down the Trump administration.  That should be what is under investigation but if President Trump or Attorney General Sessions seeks to do so it would be viewed as tainted before it began. 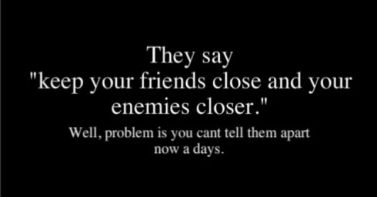 President Trump cannot afford to be passive on this matter, and clearly, that is not his normal pattern.  He must fight but he must fight with a clear strategy, twitter won’t be enough.  He must act definitively, decisively, and quickly to get rid of every Obama holdovers left after the dust settles.  Yes, that is radical but necessary.  The CIA, NSA, and many other agencies are so infested with those of such liberal bias they desire to destroy this administration before it can even begin.  The swamp must be drained and YOU’RE FIRED needs to be heard loudly in Washington in a sweeping reform.  I pray that President Trump’s advisers will successfully get his attention and convince him to move NOW to clean house.  He has been hesitant possibly because he truly believes he can reach across the aisle and convince people to come around to his way of thinking.  NOT GOING TO HAPPEN, welcome to Washington, Mr. Trump.  This is a cut-throat community that would sell their mothers into slavery to achieve their objectives.  TRUST NONE OF THEM.

I am praying for President Trump to make the right decisions and I am praying for America.  This kind of situation is dangerous for national security and a direct threat to our Republican Form of Government.  If you thought all would be rosy after the election and inauguration, think again.  That was a BATTLE but this is WAR and we cannot lose this WAR.