I am convinced that there are sinister forces at work behind the scenes which are driving much of what is happening in the political landscape these days.  It is not a new plot, nor are these new forces but the manifestation is taking a direction that is causing confusion and intensifying the anger of many voters.  What is happening is a direct assault on our Constitution, the Republic and if I am right, even marginally, a plan to end all opposition to the leftist agenda or, at least, marginalize it to the point that it is minimal.  God help us if I am right.

Let me begin by posing a question that will not set will with some and will resonate with others.  Are these organized protest simply opposition to Donald Trump or something more sinister?  I believe what is happening is an example of opportunism by those diabolical forces to use the undying loyalty and devotion of many of the supporters of Mr. Trump. I believe they are seizing the opportunity to exploit the anger, distrust of the Establishment and the feeling of betrayal for purposes other than simply Stopping Trump.  Yes, there are voices, largely within the GOP that want to dump Trump at all costs including losing the election to the Democrats.  That, in my view, is not only unwise but incredibly dangerous.  I believe those unseen forces (not necessarily unknown) are hoping to use the anger and loyalty of supporters of Donald Trump to cause such a disruption that it escalates into chaos and anarchy.  I believe it is their hope there will be swift and powerful push back from the supporters of Donald Trump and cause such chaos that massive rioting and violence will occur.  Their primary interest, in my view, is not as much Donald Trump as taking down America.  I know some who are avid supporters of Mr. Trump and see him as the only hope to save the day will take exception to this because it suggests that he is not the focal point but a means to an end for those dire forces seeking to destroy America.  I believe their attack on Mr. Trump goes far beyond him or the possibility of his being President but it is a designed plan to destroy America.

That leads to a second question regarding the cross-over votes for Donald Trump by Democrats in the primaries.  I hope as Mr. Trump believes, this means more people on both sides of the aisle are fed up and want a change in the direction the Establishment of both parties have us on.  But, could it be a variation of what the GOP did in the first the 2008 election cycle where Republicans crossed over to vote for Hillary in the primaries to prevent Obama from wrapping up the nomination too soon?  Could it be that Mr. Trump is the candidate they want to face the Democrat?  I am not saying that is the case, but it is a legitimate question and one that we will not truly know the answer to until the General Election if Donald Trump is the Republican nominee.  We will have a better view of the fallacy or veracity of that theory as more realistic polling is advanced after the conventions.  I hope it is a Reaganesque situation and the more moderate and conservative Democrats will align with the Republicans and prevent another Clinton Presidency or a Socialist Sanders win. 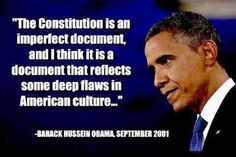 I am adamantly opposed to and condemn the protesters and those behind them in violating the 1st Amendment Rights of Donald Trump and those at his rallies.  It is NEVER right to use your constitutional rights to trample the rights of another.  You can and should be allowed to protest and/or demonstrate peacefully.  You are even allowed to go to a rally in protest, wearing your hood, tee shirt or holding your sign.  You have to understand that you place yourself in danger by doing so but you have a right to do so and expect to do so peacefully.  But if you try to take over the microphone, block entrance to the facility, block the highway, and aggressively attack those in attendance or the speaker you move outside your protected bounds.

America is in difficult times and heated emotion will not solve our problems nor will cold reason.  We need to become people of prayer who evaluate, examine, and investigate and then allow our passion to be coupled with our prayer and reason and become committed to America.  An issue that may be even larger than which party controls the White House is the Supreme Court.  But, obviously, the Party that controls the White House offers the nomination and UNLESS the Republicans in Congress demonstrate a spine that president can position the court in a liberal anti-constitution mode lasting generations.  The next president will have 1-4 opportunities to appoint justices to the court.  That will shape America for generations and could be the salvation of the Republic or its destruction.  We cannot get this wrong! 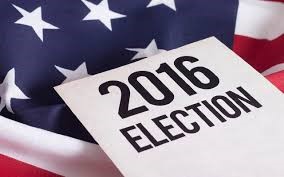 PLEASE, and I am begging in this request.  Please, pray like everything depends on your personal prayers, investigate and vet the candidates as honestly and thoroughly as possible, examine their history, records, and proposals as though everything depends on your findings, and allow God to channel your emotions to be demonstrated in a commitment to Restoring and Salvaging the Republic.  There are no perfect candidates.  No, your choice is not a perfect candidate.  There is no Moses, David, Joshua, or even Ronald Reagan in this race.  We have flawed candidates with flawed messages trying to lead flawed people, but we can find the person best suited for this hour to lead this nation.

God bless you and God bless America.  I stand firmly in my commitment to vote for the Republican nominee believing they would be infinitely better than either of the current offerings of the Democrat Party.